Two decades after her residence as a troubled teen at a Maine commune led by the fiery and persuasive Abraham, Saskia and her four now-estranged friends there receive anonymous letters threatening to ... Read full review

MIRANDA BEVERLY-WHITTEMORE is the New York Times bestselling author of Bittersweet, June, Set Me Free, and The Effects of Light. A recipient of the Crazyhorse Prize in Fiction, she lives and writes in Brooklyn. 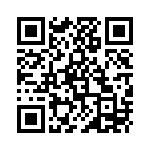