Sisters of the Forsaken Stars is a remarkable follow-up to Lina Rather's previous novella, Sisters of the Vast Black. I have a soft spot for stories that engage with the tensions one so often ... Read full review

LINA RATHER is a speculative fiction author from Michigan, now living in Washington, D.C. Her stories have appeared in a variety of publications, including Shimmer, Flash Fiction Online, and Lightspeed. When she isn’t writing, she likes to cook, go hiking, and collect terrible 90s comic books. 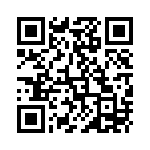