KIT ROCHA is the pseudonym for the New York Times and USA Today bestselling author duo Donna Herren and Bree Bridges. They are best known for their gritty and sexy dystopian BEYOND series, and were the first indie authors to receive a Romantic Times Reviewers' Choice Award. They currently live three miles apart in Alabama and spend their non-writing time caring for a menagerie of animals and crafting handmade jewelry, all of which is chronicled on their various social media accounts.

S. A. HUNT is a U.S. veteran, speculative fiction author, and Winner of Reddit.com/r/Fantasy's "Independent Novel of the Year" Award. They live in Petoskey, Michigan. Burn the Dark is the first volume in their Malus Domestica series, followed by the sequel I Come with Knives.

ALAYA DAWN JOHNSON has been recognized for her short fiction and YA novels, winning the 2015 Nebula Award for Best Novelette for “A Guide to the Fruits of Hawai’i,” which also appears in The Best American Science Fiction and Fantasy (2015), guest edited by Joe Hill. Her debut YA novel, The Summer Prince, was longlisted for the National Book Award for Young People’s Literature. Her follow up YA novel, Love is the Drug, won the Andre Norton Award in 2015. A native of Washington, D.C., Johnson is currently based in Mexico City, where she received a masters degree in Mesoamerican studies and now plays in a bossa nova band.

MARY ROBINETTE KOWAL is the author of The Glamourist Histories series, Ghost Talkers, and the Lady Astronaut series. She’s the President of SFWA, part of the award-winning podcast Writing Excuses and has received the Astounding Award for Best New Writer, four Hugo awards, the Nebula and Locus awards. Her stories appear in Asimov’s, Uncanny, and several Year’s Best anthologies. Mary Robinette, a professional puppeteer, also performs as a voice actor (SAG/AFTRA), recording fiction for authors including Seanan McGuire, Cory Doctorow, and John Scalzi. She lives in Nashville with her husband Rob and over a dozen manual typewriters.
RYAN VAN LOAN served six years in the US Army Infantry, on the front lines of Afghanistan. He now works in healthcare innovation. The Sin in the Steel is his debut novel. Van Loan and his wife live in Pennsylvania. 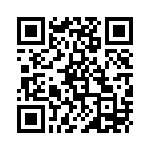