In Edwardian England, Baronet Robin Blyth is trying to keep his life and estate in order when he learns that he has been named the civil service liaison to a hidden magical society he never knew ... Read full review

Freya Marske is one of the co-hosts of Be the Serpent, a Hugo Award-nominated podcast about SFF, fandom, and literary tropes, and her work has sold to Analog and been shortlisted for Best Fantasy Short Story in the Aurealis Awards. She lives in Australia. 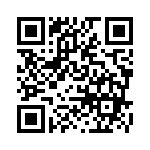