Mandelo's Summer Sons has such a swampy angst to it, and I adored everything about it. In a lot of ways, the book reads like a queer lovechild of Poppy Z. Brite and Flanner O'Connor, with some ... Read full review

Let me start by saying that this is NOT going to be for everyone. The descriptions are a bit misleading as to what the reader is in for. You think it’s a horror story with monsters and such... and it ... Read full review

LEE MANDELO is a writer, critic, and occasional editor whose fields of interest include speculative and queer fiction, especially when the two coincide. They have been a past nominee for various awards including the Nebula, Lambda, and Hugo; their work can be found in magazines such as Tor.com, Uncanny Magazine, Clarkesworld, and Nightmare. Aside from a brief stint overseas learning to speak Scouse, Mandelo has spent their life ranging across Kentucky, currently living in Lexington and pursuing a PhD at the University of Kentucky. 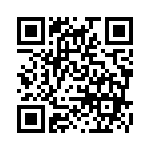