JENN LYONS lives in Atlanta, Georgia, with her husband, three cats, and a nearly infinite number of opinions on anything from Sumerian mythology to the correct way to make a martini. Formerly a video game producer, she now spends her days writing fantasy. A long-time devotee of storytelling, she traces her geek roots back to playing first edition Dungeons & Dragons in grade school and reading her way from A to Z in the school's library.

ANDREA HAIRSTON is a novelist, essayist, playwright, and the Artistic Director of Chrysalis Theatre. She is the author of Redwood and Wildfire, winner of the 2011 Tiptree Award and the Carl Brandon Kindred Award, and Mindscape, shortlisted for the Phillip K Dick and Tiptree Awards, and winner of the Carl Brandon Parallax Award. In her spare time, she is the Louise Wolff Kahn 1931 Professor of Theatre and Afro-American Studies at Smith College. She has received the International Association of the Fantastic in the Arts Distinguished Scholarship Award for outstanding contributions to the criticism of the fantastic. She bikes at night year-round, meeting bears, multi-legged creatures of light and breath, and the occasional shooting star.

CHRISTOPHER PAOLINI was born in Southern California and has lived most of his life in Paradise Valley, Montana. He published his first novel, Eragon, in 2003 at the age of nineteen, and quickly became a publishing phenomenon. His Inheritance Cycle—Eragon and its three sequels—have sold nearly 40 million copies worldwide. To Sleep in a Sea of Stars is his first adult novel.

S. L. HUANG has a math degree from MIT and is a professional stuntwoman & armorer who has worked in Hollywood on Battlestar Galactica and a number of other productions. Her short fiction has appeared in Strange Horizons, Nature, Daily Science Fiction, and The Best American Science Fiction & Fantasy 2016. She is the author of Zero Sum Game, Null Set, and Critical Point.

CORY DOCTOROW is a regular contributor to the Guardian, Locus, and many other publications. His award-winning novel Little Brother was a New York Times bestseller, as is its sequel, Homeland. His novella collection Radicalized was a CBC Best Fiction of 2019 selection. Born and raised in Canada, he lives with his family in Los Angeles.

VICTORIA “V. E.” SCHWAB is the #1 New York Times bestselling author of more than a dozen books, including the acclaimed Shades of Magic series, the Villains series, This Savage Song, and Our Dark Duet. Her work has received critical acclaim, been featured in the New York Times, Entertainment Weekly, Washington Post and more, been translated into more than a dozen languages, and has been optioned for television and film. When she’s not haunting Paris streets or trudging up English hillsides, she lives in Edinburgh, Scotland and is usually tucked in the corner of a coffee shop, dreaming up monsters. 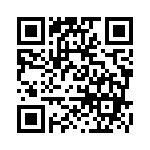