Girls Before Earls is a delightful read from start to finish. Characters you can’t help but love, laugh out loud humor, romance with just the right amount of heat, and of course tragedy and sad ... Read full review

This was a very nicely written opener for a new series. The plotting and pacing are well done and I really liked the characters. I will mention that the quick and easy social acceptance between ... Read full review

Anna Bennett is the award-winning author of the Debutante Diaries and Wayward Wallflowers series. Her dream of writing romance began during a semester in London, where she fell in love with the city, its history, and its pubs. Now Anna's living happily-ever-after in Maryland with her family, who try valiantly not to roll their eyes whenever she quotes Jane Austen. 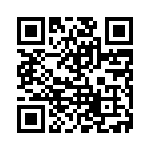