A Reckless Match by Kate Bateman Ruthless Rivals #1 Capulets and the Montagues, the Hatfields and the McCoys, and the Montgomerys and the Davies were all in feuds with one another so when Griff Davies ... Read full review

Reckless is the key! Welsh Clan Davies and the English family, the Montgomery’s had been feuding for centuries over…a stolen pig?…or maybe a stolen woman? No matter it’s so far back in time the root ... Read full review

Kate Bateman, (also writing as K. C. Bateman), is the #1 bestselling author of historical romances, including her RITA® nominated Renaissance romp, The Devil To Pay, the Bow Street Bachelors series This Earl of Mine, To Catch an Earl, and The Princess and the Rogue, along with the novels in the Secrets & Spies series To Steal a Heart, A Raven’s Heart, and A Counterfeit Heart. When not writing novels that feature feisty, intelligent heroines and sexy, snarky heroes you want to both strangle and kiss, Kate works as a fine art appraiser and on-screen antiques expert for several popular TV shows in the UK. She splits her time between Illinois and her native England. Follow her on Twitter to learn more. 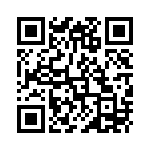