Ellie Alexander is a Pacific Northwest native who spends ample time testing pastry recipes in her home kitchen or at one of the many famed coffeehouses nearby. When she's not coated in flour, you'll find her outside exploring hiking trails and trying to burn off calories consumed in the name of research. She is the author of the Bakeshop Mysteries, including Meet Your Baker and A Batter of Life and Death, as well as the Sloan Krause mysteries.

Vivien Chien was born and raised in Cleveland, Ohio where she grew up in a mixed-race home, making for some very interesting cultural experiences. She found her love of books and the written word at an early age while writing short stories about her classmates in elementary school. Currently, she writes side-by-side with her toy fox terrier who refuses to sit anywhere else. When she’s not writing, Vivien enjoys frequenting local Asian restaurants, frolicking in the bookstore, and searching for her next donut.

She is the author of the Noodle Shop Mystery series, including Death By Dumpling.

Mariah Fredericks was born and raised in New York City, where she still lives with her family. She is the author of several YA novels. A Death of No Importance is her first adult novel.

Elizabeth Penney is the author of more than two dozen cozy mysteries, including the Apron Shop Series, which begins with Hems & Homicide. She is a member of the Women’s Fiction Writers Association and the owner of 2 Penney Productions. A former consultant and nonprofit executive, Elizabeth grew up in Maine and now lives in the White Mountains of New Hampshire, where she also operates a small farm.

Paige Shelton had a nomadic childhood, as her father's job as a football coach took her family to seven different towns before she was even twelve years old. After college at Drake University in Des Moines, Iowa, she moved to Salt Lake City. She thought she'd only stay a couple years, but instead she fell in love with the mountains and a great guy who became her husband. After many decades in Utah, she and her family moved to Arizona. She writes the Scottish Bookshop Mystery series and the Alaska Wild series. Her other series include the Farmers’ Market, Cooking School, and Dangerous Type mystery series. 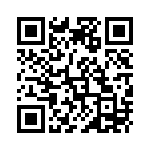