HANNAH MORRISSEY earned her Bachelor of Arts degree from the University of Wisconsin - Madison. She grew up on a farm in a small northern town and now lives near Milwaukee with her husband and two pugs. Hello, Transcriber is her debut novel, inspired by her work as a police transcriber.

Kimi Cunningham Grant is the author of Fallen Mountains, Silver Like Dust, and These Silent Woods. Kimi is a two-time winner of a Dorothy Sargent Rosenberg Memorial Prize in Poetry and a recipient of a Pennsylvania Council on the Arts fellowship in creative nonfiction. Her poems and essays have appeared in Fathom, Literary Mama, RATTLE, Poet Lore, and Whitefish Review. She studied English at Bucknell University and Messiah College. She lives, writes, and teaches in Pennsylvania.

Julia Dahl is the author of Conviction, Run You Down, and Invisible City, which was a finalist for the Edgar Award for Best First Novel, one of the Boston Globe’s Best Books of 2014, and has been translated into eight languages. A former reporter for CBS News and the New York Post, she now teaches journalism at NYU.

NANCY SPRINGER is the author of the nationally bestselling Enola Holmes novels, including The Case of the Missing Marquess, which was made into the hit Netflix movie, Enola Holmes. She is the author of more than 50 other books for children and adults. She has won many awards, including two Edgar Awards, and has been published in more than thirty countries. She lives in Florida. 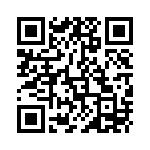