S. Qiouyi Lu writes and translates between two coasts of the Pacific. Ćr work, including fiction, poetry, and essays, has appeared in several award-winning venues.

LEE MANDELO is a writer, critic, and occasional editor whose fields of interest include speculative and queer fiction, especially when the two coincide. They have been a past nominee for various awards including the Nebula, Lambda, and Hugo; their work can be found in magazines such as Tor.com, Uncanny Magazine, Clarkesworld, and Nightmare. Aside from a brief stint overseas learning to speak Scouse, Lee has spent their life ranging across Kentucky, currently living in Lexington and pursuing a PhD at the University of Kentucky.

Freya Marske (she/her) is one of the co-hosts of Be the Serpent, a Hugo-nominated podcast about SF, fandom and literary tropes, and her work has sold to Analog and been shortlisted for Best Fantasy Short Story in the Aurealis Awards. She lives in Australia.

Veronica Schanoes is an American author of fantasy stories and an associate professor in the department of English at Queens College, CUNY. Her novella Burning Girls was nominated for the Nebula Award and the World Fantasy Award and won the Shirley Jackson Award for Best Novella in 2013. She lives in New York City. Burning Girls and Other Stories is her debut collection.

ANDREW KELLY STEWART's (he/him) writing spans the literary, science fiction, fantasy, and the supernatural genres. His short fiction has appeared in The Magazine of Fantasy and Science Fiction and ZYZZYVA. He is a Clarion Workshop alum and holds an MFA in Creative Writing. This is his first publication with Tor.com. Stewart lives and writes in southern California. 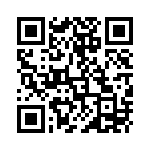