SAMANTHA JAYNE ALLEN has an MFA in fiction from Texas State University. Her writing has been published in Ellery Queen’s Mystery Magazine, The Common, and Electric Literature. Raised in small towns in Texas and California, she now lives with her husband in Atlanta.

Alex Finlay is the pseudonym of an author who lives in Washington, D.C. Born in Opelika, Alabama, Alex's formative years were spent traversing the globe, from a tropical island in the Pacific to a small village in the UK to a remote region in the Far East. But it was on a vacation in Tulum, Mexico that Alex was inspired to write Every Last Fear.

ANNA DOWNES was born and raised in Sheffield, UK, but now lives just north of Sydney, Australia with her husband and two children. She worked as an actress before turning her attention to writing and appeared in BBC TV shows such as Eastenders, Casualty, Holby City, and Dalziel and Pascoe, as well as a long-running stage production of "The Dresser" in London's West End. She has degrees from both Manchester University (Drama) and RADA (Acting). She has been published in the Zodiac Literary Review, shortlisted for the Sydney Writers Room Short Story Prize and longlisted for the Margaret River Short Story Competition. The Safe Place was inspired by Anna’s experiences working as a live-in housekeeper on a remote French estate in 2009-10.

CAMILLA STEN has been writing stories since she was a young girl and is famously one of the most important sounding boards for her crime-writing mother, Viveca Sten. In 2019, she stepped out of her mother’s shadow and published the now internationally acclaimed, hair-raising novel "The Lost Village." Rights for "The Lost Village" have been sold to seventeen territories around the world including film and TV. The book was one of seven shortlisted for the best translated crime award on ThrillZone.nl and was on the Polish Goodreads shortlist for The 2019 Best Book Award in the horror category. An ever prolific author, Camilla is already working on her next psychologically intense suspense novel, all while travelling the world and putting the finishing touches on the first part of her dark and atmospheric YA series.

GIGI PANDIAN is the USA Today bestselling and multiple award-winning author of the Jaya Jones Treasure Hunt mysteries, the Accidental Alchemist mysteries, and several locked room mystery short stories. Her works have won her the Agatha, Anthony, Lefty, and Derringer awards, and her debut novel was awarded the Malice Domestic Grant. A breast cancer survivor and accidental almost-vegan who adores cooking, Pandian lives with her husband in Northern California. Under Lock & Skeleton Key is the first in a new series.

STACY WILLINGHAM worked as a copywriter and brand strategist for various marketing agencies before deciding to write fiction full time. She earned her BA in Magazine Journalism from the University of Georgia and MFA in Writing from the Savannah College of Art & Design. She currently lives in Charleston, SC with her husband, Britt, and Labradoodle, Mako. 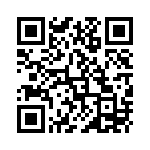