Freya Marske is the author of A Marvellous Light, which was an international bestseller and won the Romantic Novel Award for Fantasy. Her work has appeared in Analog and has been shortlisted for three Aurealis Awards. She is also a Hugo-nominated podcaster, and won the Ditmar Award for Best New Talent. She lives in Australia. 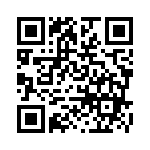