The challenges and issues faced by several women and their family in contemporay Australia. many of these women had met in pubs and cafes in the 60's as they were part of the Women's movement. Noe ... Read full review

This is a quite readable story which, despite being a little contrived in places, has enough realism to keep me interested. What's more, I was even emotionally involved at times, but that may be more ... Read full review

Elizabeth Ann Byrski was born on February 3, 1944 in London. She is an Australian writer and journalist. After graduating from Notre Dame Convent in Lingfield, Surrey, in 1960, Byrski furthered her education at the Crawley College of Further Education (1960-61) and the Wall Hall College of Education (1973-74). Her journalism career began when she started as a journalist in 1962 on the Horley Advertiser, in Horley, Surrey. She moved to Australia in 1981. As a freelance journalist Byrski's work has appeared in the Australian Financial Review, The West Australian, The Australian, The Age, the San Francisco Chronicle, the San Francisco Examiner, and The Dominion, Homes and Living, New Idea, Cosmopolitan and SkyWest In-Flight. In 1988 to 1990 and from 1993 to 1996 she was a broadcaster and executive producer at ABC 720 6WF in Perth. She has won several awards for her journalism, including the Radio Prize at the 1996 WA Media Awards and the CSIRO WA Award for Excellence in Science Journalism in the same year, and Equal Opportunity Awards for Radio Journalism in 1994, 1995 and 1996. She is the author of thirteen nonfiction books including, Remember Me; Getting On: Some Thoughts on Women and Ageing, and Love and War: Nursing Heroes. The Woman Next Door, is the latest of her nine novels, which also include, Gang of Four, In the Company of Strangers and Family Secrets. 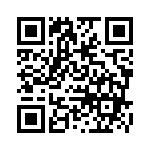