MARK ROBSON??is the Chair of English and Theatre Studies at the University of Dundee, Scotland, where he also teaches philosophy and visual culture. He founded and is the Director of the Centre for Critical and Creative Cultures at Dundee, and is author and editor of several books including Theatre & Death, The Sense of Early Modern Writing and (with James Loxley) Shakespeare, Jonson, and the Claims of the Performative. 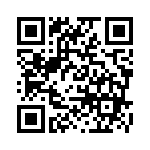