W received this as part of a goody bag from a friend's birthday party, and we read it aloud together. The wishes make for an episodic book, a series of separate mini-adventures with a predictable ... Read full review

Stanley and his brother discover a lamp and inside is a genie. They rub the lamp not knowing the genie is inside and appears a genie that grants them wishes. Read to see what wishes Stanley and Arthur wish for and the adventures they encounter. Read full review

Jeff Brown was a story editor and assistant film producer in Hollywood. He worked on the at The New Yorker and the Saturday Evening Post, and his stories appeared in these magazines and many others. Jeff created the classic character Flat Stanley, whose adventures have been beloved by children around the world for more than 50 years. He died in Manhattan in 2003.

Rob Biddulph is a bestselling and award-winning children's book author and illustrator. He won the Waterstones Children's Book Prize for Blown Away and was nominated for the Kate Greenaway medal for GRRRRR! His third book, Odd Dog Out, published in August 2016 and a fourth, Sunk!, will follow in March 2017. Rob lives in London with his wife and three daughters. 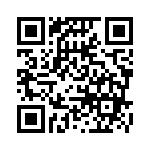