J rn Lier Horst (Author)
Having worked as a police officer and head of investigations before becoming a full-time writer, J RN LIER HORST has established himself as one of the most successful authors to come out of Scandinavia. His books have sold over two million copies in his native Norway alone and he's published in twenty-six languages.

The Wisting series, produced by the team behind Wallander and The Girl with the Dragon Tattoo, was a hit BBC series in 2019.

Anne Bruce (Translator)
Anne Bruce studied Norwegian and English at the University of Glasgow and now lives on the Isle of Arran, Scotland. She has translated a number of crime novels by Anne Holt and Jorn Lier Horst, including the Petrona-Prize-winning The Caveman and When It Grows Dark, which was longlisted for the CWA International Dagger in 2017. 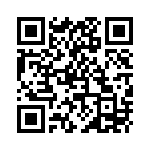