Allan Ahlberg was born in 1938 in South London, and grew up in the Black Country. He worked as a teacher, postman, grave digger, soldier and plumber's mate before he became a full-time writer. He met his wife and creative partner, Janet at teacher training college. It was because Janet wanted to illustrate a book that Allan wrote his first book, the Brick Street boys. After that, together they wrote 37 books. Janet died in 1994 and Ahlberg discontinued his writing career for a few years before picking it up again. 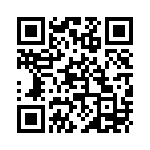