The greatest author of supernatural fiction during the nineteenth century was undoubtedly J. Sheridan Le Fanu. Le Fanu was born in Dublin and, as with so many other English popular fiction authors of his time, entered the genre of fiction by way of journalism, working on such publications as the Evening Mail and the Dublin University Magazine. Le Fanu came from a middle-class background; his family was of Huguenot descent. He graduated from Trinity College and married in 1844. After his wife died in 1858, until his own death, Le Fanu was known as a recluse, creating his ghost fiction late at night in bed. Probably he began writing ghost fiction in 1838; his earliest supernatural story is often cited as being either "The Ghost and the Bone-Setter" or the "Fortunes of Sir Robert Ardagh," both of which were later collected in the anthology entitled The Purcell Papers (1880). Writing most effectively in the short story form, Le Fanu's tales such as "Carmilla" (a vampire story that is thought possibly to have influenced Bram Stoker's Dracula) and the problematic "Green Tea" are considered by many literary scholars to be classics of the supernatural genre. His lengthy Gothic novels, such as Uncle Silas (1864), though less highly regarded than his shorter fiction, are nonetheless wonderfully atmospheric. Le Fanu's particular brand of literary horror tends toward the refined, subtle fright rather than the graphic sensationalism of Matthew Gregory Lewis. His work influenced other prominent horror fiction authors, including M. R. James. 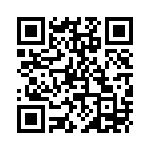