I loved the book, and for a full cast (of which I'm not at all fond), this is well made. I absolutely hated the OVER LOUD music they put between chapters, which always caught me by surprise and made my eardrums bleed. Read full review

Looses a bit of the charm from the original since it expands the story and takes us other places that I don't find so enchanting. Pullman's worldview also shines through a lot more which can get in ... Read full review 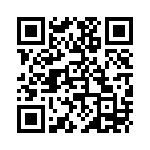