At a recent book group meeting I was given a choice of crime fiction books by Scottish authors. I selected ‘Final Cut’ to read based on the odd image on the front cover: a naked baby doll, partly ... Read full review

Lin Anderson was born in Greenrock. She is a graduate of Glasgow and Edinburgh Universities. She has lived throughout Scotland and has spent five years in Africa. She soon bacame a mathematics teacher and later started her writing career. Her first film, Small Love, was nominated for TAPS writer of the year award 2001. Her book titles include: None but the Dead, Follow the Dead, and Bloody Scotland. 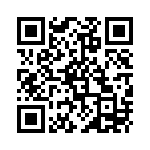