This is the memoir of Allegra Huston whose mother, Enrica Soma, was unhappily married to Movie Director John Huston. Allegra's mother died when she was 4 years old and she was sent to live with John ... Read full review

LOVE CHILD: A Memoir of Family Lost and Found

The "too ordinary" member of a famous Hollywood family recalls her unusual childhood.By the time she was 16, Huston had already swum with Jack Nicholson, roller-skated with football legend Jim Brown ... Read full review

Allegra Huston was born in London and raised in Ireland, Long Island and Los Angeles. She worked in publishing for Chatto + Windus and Weidenfeld + Nicolson, where she was editorial director, and then as a writer, her work appearing in various publications, including The Times, the Independent, Tatler, and Harper's Bazaar as well as French Vogue. She now lives in Taos, New Mexico. 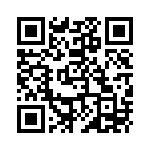