This was an excellent read. A very sad story of a woman whose family was murdered when she was a young girl and her brother was jailed for the crime. She grows up with no memories of the night of ... Read full review

I love the cat and mouse chase of Gillian's plots and pacing. I just had to find out if Libby, manipulated by psychologists at seven years old, was accurate when testifying against her brother. The ... Read full review

Born in Kansas City, Missouri, on February 24, 1971, Gillian Flynn earned English and journalism undergraduate degrees from the University of Kansas. She wrote for a trade magazine in California before moving to Chicago, where she received a master's degree in journalism from Northwestern University. Flynn moved to New York City and wrote for Entertainment Weekly for 10 years. She was the magazine's television critic for four years. Her debut novel, Sharp Objects, was published in 2006 and won two Dagger Awards. Her other works include Dark Places and Gone Girl. In 2014 Gone Girl was released as a major motion picture which starred Ben Affleck. Her books have been on the New York Times bestseller list for many weeks. 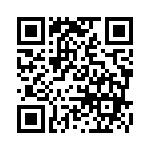