Loved it! This was a quick and really fun read! I didn't love it as much as Veil of Night but I'm loving Linda Howards books more every day; I'm very happy I have another of her books waiting on my shelf! Read full review

Linda Howard has steadily been going downhill with her more recent releases. When Ice was first published I chose not to read it because a) I was disappointed in LH as a whole and b) it was really ... Read full review

Linda Howard was born on August 3, 1950. She went on to a small community college, as the only journalism major, but soon dropped out to work at a trucking company as a secretary. She sold her first book to Silhouette Books in 1980. She has written over 50 books including Up Close and Dangerous, Drop Dead Gorgeous, Cover of Night, Killing Time, To Die For, Kiss Me While I Sleep, Cry No More, Dying to Please, Open Season, All the Queen's Men, Kill and Tell, Mr. Perfect, Son of the Morning, Troublemaker, and The Woman Left Behind. She has received several awards including the Romance Writers of America's RITA, the Silver Pen for Affaire de Coeur as well as the Romantic Time's Reviewer's Choice Award for Best Sensual Romance, the Romantic Times Magazine Reviewer's Choice Award for Series, and the W.I.S.H. Award for her character Joe Mackenzie. 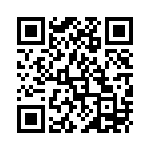