Hate Nicholas. Read some reviews and found that I am not alone in my disgust w/ this character. deRosnay's descriptive writing is wonderful and I know there's some BIG SECRET that the main character ... Read full review

I was so disappointed by the main character in this book, a self indulgent writer called Nicholas Kolt. Initially, I really enjoyed reading the book and loved the setting in a beautiful hotel off the ... Read full review

Tatiana de Rosnay was born September 28th, 1961 near Paris. Her father is French scientist Joël de Rosnay, her grandfather was painter Gaëtan de Rosnay and her great-grandmother was Russian actress Natalia Rachewskďa, director of the Leningrad Pushkin Theatre from 1925 to 1949. Tatiana was raised in Paris and then in Boston. She moved to England in the early 80's and obtained a Bachelor's degree in English literature at the University of East Anglia, in Norwich. When she returned to Paris, Tatiana became press attaché for Christie's and then Paris Editor for Vanity Fair magazine till 1993. Since 1992, Tatiana has published eight novels in France. Sarah's Key, her first novel written in English, sold over 400,000 copies worldwide. Her novels also include A Secret Kept and The House I loved. Tatiana works as a journalist for French ELLE and is literary critic for Psychologies Magazine and the Journal du Dimanche. In 2014 her title, The Other Story, made The New York Times Best Seller List. 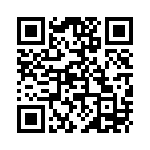