Frank Richard Stockton was born in Philadelphia, Pennsylvania on April 5, 1834. In 1868, he started working for the magazine Hearth and Home, where he wrote fairy tales as well as stories and articles on a variety of subjects for adults. In 1874, he became the assistant editor of Saint Nicholas Magazine and worked there until 1878 when he was forced to resign due to failing eyesight. He continued to write by dictating to his wife or a professional secretary. His first fairy tale, Ting-a-Ling, was published in The Riverside Magazine in 1867 and his first book collection was published in 1870. His works include The Lady or the Tiger, The Griffin and the Minor Canon, The Bee-Man of Orn, The House of Martha, and The Lost Dryad. He died of a cerebral hemorrhage on April 20, 1902 at the age of 68. 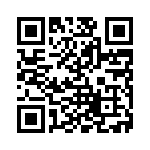