I don't know who the co-author is here... but... Orson Scott Card was the selling point for me. Turns out the story is really good, which isn't really a surprise. If you like OSC's work, you should ... Read full review

When I first opened this book, I wasn't terribly concerned that one of the main POV characters was a teenager. After all, Orson Scott Card wrote Ender's Game, which has an awesome child protagonist ... Read full review

ORSON SCOTT CARD is the author of the bestselling Ender’s Universe series and its spinoffs. Ender's Game and Speaker for the Dead both won Hugo and Nebula Awards, making Card the only author to win these two top prizes in consecutive years. Card has also written the fantasy Tales of Alvin Maker and Mither Mages series. 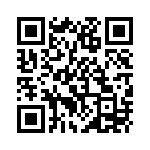