Wow! An excellent overview of (American) religious feminism. I particularly appreciated that it did not focus on one religious tradition, that it was written by someone who loves her religious ... Read full review

Taking Back God: American Women Rising Up for Religious Equality

In this well-documented, engaging, and encouraging book, Tanenbaum (Slut!: Growing Up Female with a Bad Reputation), herself an observant Orthodox Jew, explains why many religious women find ... Read full review

Leora Tanenbaum is the author of Slut! Growing Up Female with a Bad Reputation and Catfight: Rivalries Among Women—from Diets to Dating, from the Boardroom to the Delivery Room. She lives in New York City with her husband and two sons. 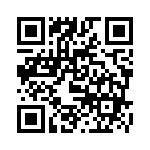