Lloyd Alexander (1924-2007) was the author of more than forty books for children and adults, including the beloved children's fantasy series, the Chronicles of Prydain, one of the most widely read series in the history of fantasy and the inspiration for the animated Disney film, The Black Cauldron. His books have won numerous awards, including the Newbery Medal, the Newbery Honor, and the National Book Award for Juvenile Literature. 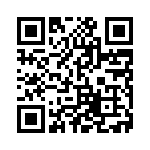