This was interesting and I don't regret reading it... but I do regret that they sold it as an OSC book when it really isn't. The writing style really shows it. This only bothers me because I am so ... Read full review

Not my favorite Orson Scott Card book, but I guess I shouldn't have expected his typical fantasy/sci-fi fare. Instead, this book was more like an old Crichton novel, just not as well-written or interesting. Read full review

Orson Scott Card is the author of the novels Ender's Game, Ender's Shadow, and Speaker for the Dead. Ender's Game and Speaker for the Dead both won Hugo and Nebula Awards, making Card the only author to win these two top prizes in consecutive years. There are seven other novels to date in The Ender Universe series. Card has also written fantasy: The Tales of Alvin Maker is a series of fantasy novels set in frontier America; The Lost Gate, is a contemporary magical fantasy. Card has written many other stand-alone sf and fantasy novels, as well as movie tie-ins and games, and publishes an internet-based science fiction and fantasy magazine, Orson Scott Card's Intergalactic Medicine Show. Card was born in Washington and grew up in California, Arizona, and Utah. He served a mission for the LDS Church in Brazil in the early 1970s. Besides his writing, Card directs plays and teaches writing and literature at Southern Virginia University. He lives in Greensboro, North Carolina, with his wife, Kristine Allen Card, and youngest daughter, Zina Margaret.

Invasive Procedures is loosely based on an old short story of Card's, "Malpractice". 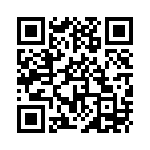