From Amazon: Things are going badly for the Clan in this new SF novel of the Merchant Princes, the immensely popular series by Charles Stross. Locked in a vicious civil war for control over the ... Read full review

Starting to bring the narrative strands back together, but still not as good as the first couple in the series. A shame in some ways, as some of the storylines could be much stronger if focussed on. Read full review

Charles Stross is the author of the bestselling Merchant Princes series, the Laundry series, and several stand-alone novels including Glasshouse, Accelerando, and Saturn's Children. Born in Leeds, England, in 1964, Stross studied in London and Bradford, earning degrees in pharmacy and computer science. Over the next decade and a half he worked as a pharmacist, a technical writer, a software engineer, and eventually as a prolific journalist covering the IT industry. His short fiction began attracting wide attention in the late 1990s; his first novel, Singularity Sky, appeared in 2003. He has subsequently won the Hugo Award twice. He lives with his wife in Edinburgh, Scotland, in a flat that is slightly older than the state of Texas. 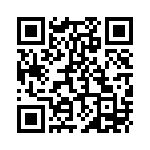