Irene Gammel is a professor and Canada Research Chair in Modern Literature and Culture in the Department of English at Ryerson University. 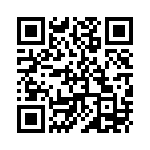