J.L. Granatstein is the former director and CEO of the Canadian War Museum and taught Canadian history for thirty years. 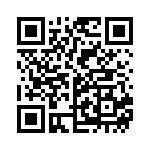