David Rayside is a professor in the Department of Political Science and an associate of the Mark S. Bonham Centre for Sexual Diversity Studies at the University of Toronto. He is the author of nbsp;Queer Inclusions, Continental Divisions: Public Recognition of Sexual Diversity in Canada and the United States .

James Farney is an assistant professor in the Department of Political Science at the University of Regina. He is the author of Social Conservatives and Party Politics in Canada and the United States . 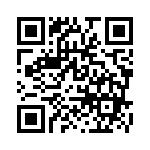