Willa Z. Silverman is a professor in the Department of French and Francophone Studies and the Jewish Studies Program at The Pennsylvania State University. 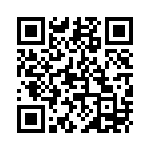