Jean-Luc Pilon is Curator of Ontario Archaeology at the Canadian Museum of Civilization and an adjunct professor in the Department of Sociology and Anthropology at Carleton University.

Nicholette Prince is Curator of Plateau Ethnology at the Canadian Museum of Civilization and is currently on leave from her doctoral programme in the Institute of Cultural Studies in Literature, Art, and Culture, degree in Cultural Mediations at Carleton University. She was the inaugural Executive Director of the Nisga'a Museum in British Columbia. 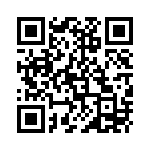