Joel Lexchin is a Fellow of the Canadian Academy of Health Sciences. He is a professor in the School of Health Policy and Management at York University and works as an emergency physician at the University Health Network. 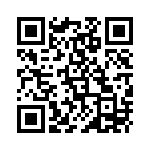