Barbara N. Sargent-Baur is a professor emerita in the Department of French and Italian Languages and Literatures at the University of Pittsburgh. 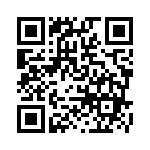