John Porter (1921-1979), one of Canada's leading sociologists, was a professor, dean, and academic vice-president at Carleton University. 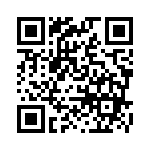