Carolyn A. Nadeau is the Byron S. Tucci Professor in the Department of Hispanic Studies at Illinois Wesleyan University. 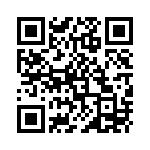