Nįndor Dreisziger is a professor emeritus in the Department of History at the Royal Military College of Canada and a founding editor of Hungarian Studies Review . 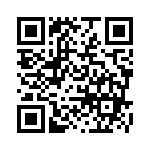