Scott McLaren is a faculty member in the graduate programs in Humanities and History and an associate librarian at York University. 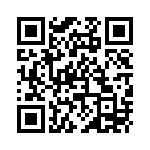