Harcourt Brown (1900-1990), Emeritus Professor of French in Brown University, was living in Parry Sound, Ontario up to the time of his death. He had been a member of the History of Science Society since 1934, and is the author of Scientific Organizations in Seventeenth-Century France and editor of Science and the Creative Spirit. 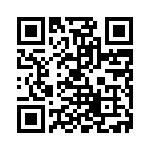