Extreme well researched with dates of events carefully recorded. However the author flip flops between his interpretation of events. First he states that an event reflects positively on the subject ... Read full review 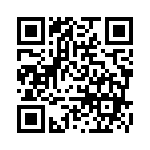