THE EDGE OF THE WATER

Elizabeth George was born on February 26, 1949, in Warren, Ohio. She received a bachelor's degree in education from the University of California in Riverside and a master's degree in counseling/psychology from California State University at Fullerton. She taught English in high school for about thirteen years before leaving to become a full-time writer. She is the New York Times and internationally best selling author of twenty British crime novels featuring Detective Inspector Thomas Lynley and his unconventional partner Detective Sergeant Barbara Havers. Her novel, A Great Deliverance, won the Anthony Award, the Agatha Award, and France's Le Grand Prix de Literature Policiere in 1989. Her crime novels have been translated into 30 languages and featured on television by the BBC. She is also the author of a young adult series set on the island where she lives in the state of Washington. Her title's include Edge of Light, The Edge of the Shadows, The Edge of the Water, I, Richard, and The Punishment She Deserves. 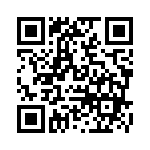