In the 12th of Never, Patterson will you have you reeling from the Women's Murder Club cases and personal lives. Between serial killers, illnesses, trials full of surprises, and relationship drama you will not want to put this book down. Read full review

James Patterson's stories compel a reader to continue to the next chapter, therefore, the book ends quickly. The Women's Murder Club series displays feminine friendship and the men circle around this ... Read full review

James Patterson was born in Newburgh, New York, on March 22, 1947. He graduated from Manhattan College in 1969 and received a M. A. from Vanderbilt University in 1970. His first novel, The Thomas Berryman Number, was written while he was working in a mental institution and was rejected by 26 publishers before being published and winning the Edgar Award for Best First Mystery. He is best known as the creator of Alex Cross, the police psychologist hero of such novels as Along Came a Spider and Kiss the Girls. Cross has been portrayed on the silver screen by Morgan Freeman. He has had eleven on his books made into movies and ranks as number 3 on the Hollywood Reporter's '25 Most Powerful Authors' 2016 list. He also writes the Women's Murder Club series, the Michael Bennett series, the Maximum Ride series, Daniel X series, the Witch and Wizard series, BookShots series, Private series, and the Middle School series for children. He has won numerous awards including the BCA Mystery Guild's Thriller of the Year, the International Thriller of the Year award, and the Reader's Digest Reader's Choice Award. James Patterson introduced the Bookshots Series in 2016 which is advertised as All Thriller No Filler. The first book in the series, Cross Kill, made the New York Times Bestseller list in June 2016. The third and fourth books, The Trial, and Little Black Dress, made the New York Times Bestseller list in July 2016. The next books in the series include, $10,000,000 Marriage Proposal, French Kiss, Hidden: A Mitchum Story (co-authored with James O. Born). and The House Husband (co-authored Duane Swierczynski). Patterson's novel, co-authored with Maxine Paetro, Woman of God, became a New York Times bestseller in 2016. Patterson co-authored with John Connoly and Tim Malloy the true crime expose Filthy Rich about billionaire convicted sex offender Jeffrey Eppstein. In January 2017, he co-authored with Ashwin Sanghi the bestseller Private Delhi. And in August 2017, he co-authored with Richard Dilallo, The Store. The Black Book is a stand-alone thriller, co-authored by James Patterson and David Ellis. 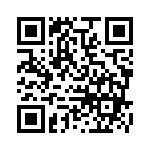