second in the cedar cove series. This time the primary character is Grace - deserted by her husband - and how she's getting her life back together. Along with continuations of Grace's adult children, Kelly and MaryEllen; and her best friend, judge Olivia and the new man in her life - Jack. Read full review

This book came to me via two friends. I've read the series before or a companion series that features some of the same characters. For me, the number of characters in this book--some with very similar ... Read full review

Debbie Macomber was born on October 22, 1948 in Yakima, Washington. Her first novel, Heartsong, was published in 1984 and became the first romance novel ever to be reviewed in Publishers Weekly. She has written more than 150 novels including Between Friends, Family Affair, Starry Night, Last One Home, Mr. Miracle, Merry and Bright, the Blossom Street series, the Cedar Cove series, and the Rose Harbor series. She received Romantic Times Magazine's Lifetime Achievement Award. 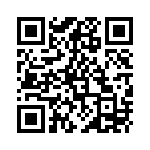