Don't you hate when you see an author you really like (Nelson DeMille in this case) praise a book only to find out said book was not very good at all? That was the case for me and "The Sixth Station ... Read full review

Media talking head and newspaper columnist Stasi pens a conspiracy thriller that chases the legend of a terrorist who might be more than he seems.Overly plucky reporter Alessandra "Ali" Russo, a ... Read full review

LINDA STASI is a celebrated media personality, columnist and critic for The New York Post. She is also an onscreen cohost of NY1, Time Warner's 24/7 news channel, and has appeared on such programs as The O'Reilly Factor, The Today Show, The View, Chris Matthews, CBS Morning Show, and Good Day New York. An award-winning columnist, she is also the author of five nonfiction books. The Sixth Station is her first novel. 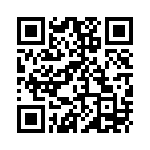