When writing the Mothman prophecies, John Keel was definitely scared and he handled the fear with anger and contempt for the 'enemy'. This contempt colors the text with an arrogance toward all who are ... Read full review

This is a mixed bag, in terms of its reading value. Keel calls himself a Fortean writer and one can see that in this book. Forteanism purports to be anti-theory. It presents itself as an even more ... Read full review

JOHN A. KEEL was a prominent journalist and UFOlogist, credited with coining the term "Men in Black." He died in 2009. 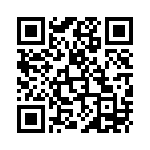