I decided to borrow this from my local library after seeing a tribute to Catherine Aird on Martin Edwards' blog after the CWA announced she had been awarded the Diamond Dagger for sustained excellence ... Read full review

Detective Sloan and his sidekick Crosby are sent to Berebury to investigate two cases--one being a woman missing 3 weeks and the other being the killing of orchids by an intruder to area greenhouses ... Read full review

CATHERINE AIRD is the author of over twenty Sloan and Crosby mysteries. She lives in England. 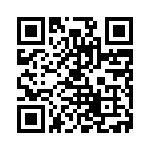